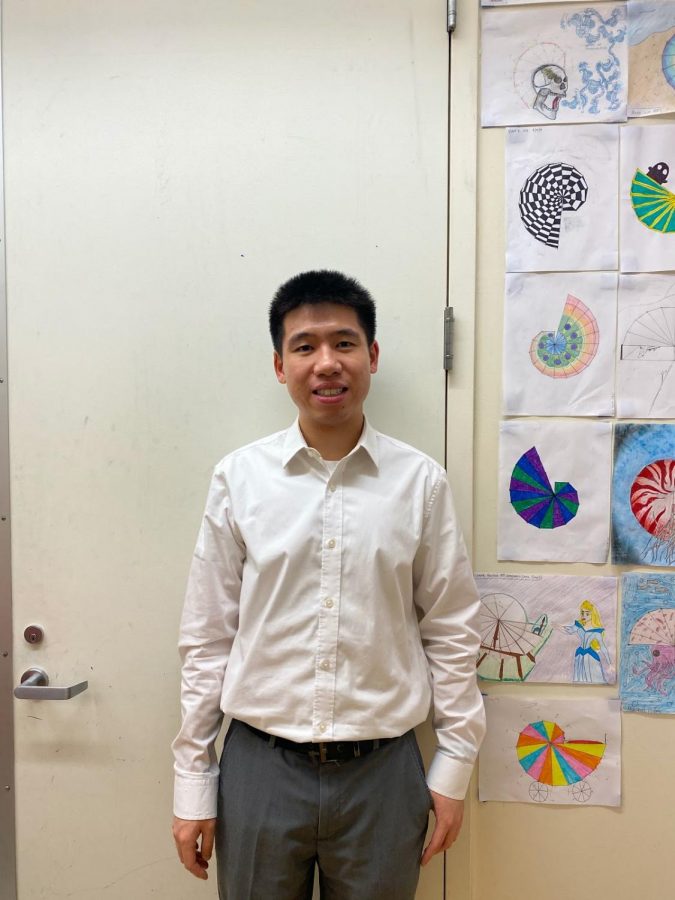 Over its eighteen year existence, Millennium has grown in size with new teachers and students. But this year, we welcomed back Mr. Gee, who currently teaches geometry and applied math to seniors. He is unique in that he was a former student at Millennium. In fact, a picture of a younger, grinning Mr. Gee is still posted on a wall in the lobby. Math is one of the most fundamental subjects taught, but also the most difficult subject for some students, and many approach it fearfully. Despite this knowledge, Mr. Gee remains undaunted. “My goal as a teacher is to empower students with a voice to express what they think and to advocate for themselves.” He says, even if it means pushing his students to solve seemingly impossible challenges. Mr. Gee first found his passion for teaching in college. While teaching students at his college’s tutoring center, he realized that he enjoyed helping students understand coursework. So, after college, he pursued a job at a private school also in lower Manhattan, where he stayed for three years.

This year is his first as a teacher at Millennium. Mr. Gee, having graduated from Millennium, has seen our school in, according to him, “two completely different perspectives.” “As a student, I was sitting in the chairs and taking notes, but now I am the one providing the notes to the students in the chair,” he reminisces. While still attending Millennium, Mr. Gee was a normal student with a passion for math, which was his favorite subject throughout all four years. “It still is,” Mr. Gee stated humorously. Seeing teachers who taught him as a student doesn’t bother Mr. Gee, who even chats occasionally with his former advisor, Mr. O’Neil.

Additionally, Mr. Gee said that there was a sharp increase in AP classes. However, some things still say the same. He recalled the constant “frequent homework, frequent tests, and really high expectations from my teachers.” “I think that the most challenging class for me was global history,” he said. Annotating endless texts can be very strenuous, and this rings true even now. Mr. Gee has noticed many positive changes. For example, he is glad to see that, for the most part, students each get their own locker. “I remember we used to have to share our lockers, and it was at times a hassle.” The promise of a 14th floor is also a very exciting prospect for Mr.Gee as he has noticed the steady increase of students. Like every math teacher, Mr. Gee is insistent that math is crucial for everyday life. “While doing my taxes, and calculating tips, it’s really essential…math plays an influential role in the things we do.” At first glance, students may see a stern math teacher who wears typical teacher attire, but under Mr. Gee’s demeanor is a normal, easy going person who enjoys the company of friends, whom he loves trying out new food around the city with. Never one to pass up exercise, “when the weather is nice, [goes] upstate for a hike.”

Despite his so far short time at Millennium, Mr. Gee is already making his mark as a beloved teacher. There is no doubt that his uncanny speed in grading tests are unparalleled at Millennium, but his students also praise his style of teaching. Sophomore Ryan Cozza, who is a student of his says, “Mr. Gee is awesome and super supportive. It’s a good classroom environment and he is really cool.” These sentiments were similarly echoed by Kaian King, a freshman student of Mr. Gee’s. King says that Mr. Gee is the ideal math teacher, who goes above and beyond in everything he does. “[Mr. Gee] makes it simple for [me] to ease into new units that at first glance, are hard.” Mr. Gee seems equally fond of his students. “[They] are very motivated and persevere through challenges,” he told me as we concluded our interview.